Add a touch of cinematic magic to your wardrobe with our roundup of daring and hip movie-inspired outfits. We’ll show you how to dress like Carly Shay from Icarly with our selection of chic and stylish pieces. Slip them on and step into the spotlight like a star with these iconic looks from Icarly.

If you’re a teenager, you must remember all the quirky jokes from ICarly, and if you’re a bit older, well – we know you remember some iconic Carly Shay outfits. Those who used to spend their afternoons watching Nickelodeon are already familiar with Dan Schneider’s most famous creation, the teen sitcom ICarly (2007–2012).

What is ICarly about?

Miranda Cosgrove, now famous for playing Carly Shay, lives with her brother Spencer who simply cannot keep a job, but he’s hilarious, so we forgive him. Carly spends most of her days hanging out with her almost always hungry friend Sam, who is played by Jennette McCurdy. They are accompanied by Freddie, portrayed by Nathan Kress, who is both a friend and a producer for their web show!

Well, the group comes up with new ideas in almost every episode, and most of them are all about problem-solving, dancing, cooking, as well as testing the duo in random talents. However, today we’re focusing on Carly’s fashion – let’s see how well we can get to know her through the work of Kris Dangl, the costume designer.

We have to admit that Carly is a great example of the 2000s fashion world. She is all about layering clothes, combining several shades of denim, wearing leather jackets, and pairing up boots with almost everything. While some would say that her style is pretty tacky, others agree that it is a great way to represent the youth.

While her friend Sam was always a bit of a tomboy, Carly doesn’t shy away from some girly combinations.

She also often wears layered necklaces, as well as leather belts – some say she even looks cowgirl-inspired in many episodes! We’d rather describe her as girls, yet modest! Dangl, the costume designer, decided to let Carly truly be a young, playful teenager, instead of pressuring her to look all grown up.

Carly wears both skirts and pants, and she truly, truly loves denim. Not only does she wear jeans, but she also loves denim skirts and wears them combined with long, layered blouses.

It’s interesting that most of her shoes are either sneakers or boots – high boots specifically. We’d say that she often combines playful and cheerful clothes with pretty plain and chunky boots.

Carly Shay’s outfits would not be as iconic as they are without her long, black hair with a fringe. She very rarely wears her hair up, and most of the time she just styles her fringe a bit differently. She wears little to no makeup, and we would most definitely say her looks fall into the “no makeup-makeup” category.

You really don’t have much to experiment with when it comes to her hairstyles and her makeup, but you can most definitely play around with some accessories.

Like most kids back in the day, Carly Shay wears layered necklaces, many chunky bracelets, as well as scarfs. She very rarely puts on earrings, so make sure to focus on the above-mentioned.

Steal The Look – Dress Like Carly Shay from ICarly

We focused on one of Carly’s more mature looks today, but you can always check the show out for some playful choices!

In this look, Carly is travel-ready, and it’s not only the turquoise luggage that gives it away. As always, she has some jeans on, and since it was the 2000s, you already know we’re talking about skinny jeans.

She wears a floral, flowy blouse that she covered with a brownish jacket – some would surely argue it looks a bit more olive than brown. And, of course, she is wearing boots. We already mentioned that these are a must-have in her closet, and we truly wonder how many pairs she’s got.

The high, brown boots have buckles on them, which looks (and probably sounds) adventurous.

Once again, she has minimal makeup, and she styled her fringe in a way that it covers the left part of her face – make sure not to get it the other way around, because you won’t be able to create true I Carly outfits in that case. Overall, the turquoise bag and luggage are the only pieces that might be considered youthful, while other aspects of the outfit seem to represent how mature Carly became through the show.

Whether you choose one of the early day outfits presented while Miranda Cosgrove was still young or those that show how she matured as the show became more popular, we’re sure you’ll find the right Carly Shay outfits for your wardrobe. And if you don’t, well – leave it all to me (us).

iCarly vs. Emily in Paris fashion and style

The TV series “iCarly” was well received by audiences and critics and aired on Nickelodeon from 2007 to 2012. It was a popular show among preteens and teenagers during its run. So the girls who watched “iCarly” when it aired are now in the age range to watch “Emily in Paris”, This Netflix original series is very popular mainly because of its fashion, style, and clothing.

It is difficult to compare the popularity of the two series because they are from different times and platforms. Carly Shay’s fashion style in “iCarly” is more casual and typical of an American teenager, while Emily Cooper’s fashion style in “Emily in Paris” is more trendy and classy, reflecting her job in the fashion industry. Still, even though you like Carly’s nonchalance, it’s recommended to take a look at some of Emily’s outfits, for example, this one with a plaid jacket and jeans. You can mix and match Carly’s 2000s style with Emily’s sophisticated fashion and find a unique signature style.

Subscribe for MONTHLY movie-inspired outfit tips.
Whether you’re 17 or 67 years old, get out of your comfort zone and spice up your style, inspired by the movie set outfit design. 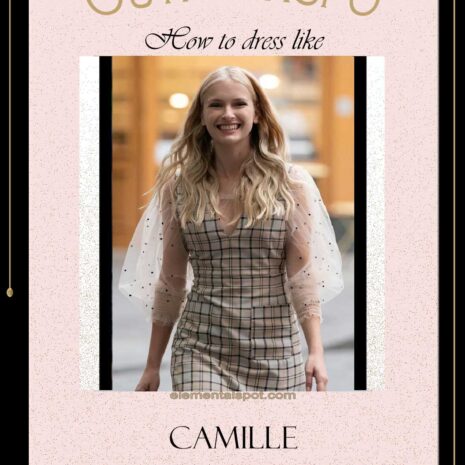 Many people have reported that Emily in Paris (2020-running) has completely stolen their hearts, but also emptied their wallets. How would it not, with all the great fashion combinations and choices? Our favorite characters have been styled by the fantastic…
GET THE LOOK Steal the Look – Dress Like Camille from Emily in Paris 2 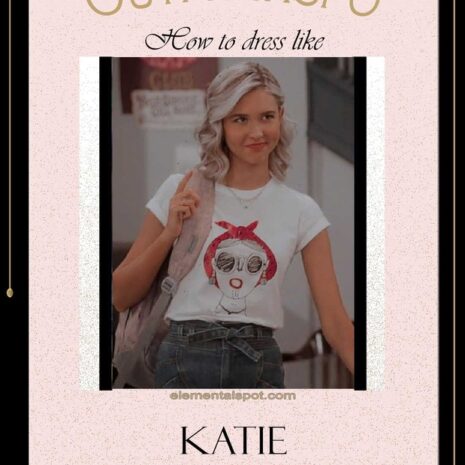 If you’re looking for a teenage Netflix sitcom with an unconventional twist, Alexa & Katie (2018-2020) is a great choice. You might feel like the portrayed story of two best friends and their high school struggles feels familiar, and that…
GET THE LOOK Steal the Look – Dress Like Katie from Alexa and Katie 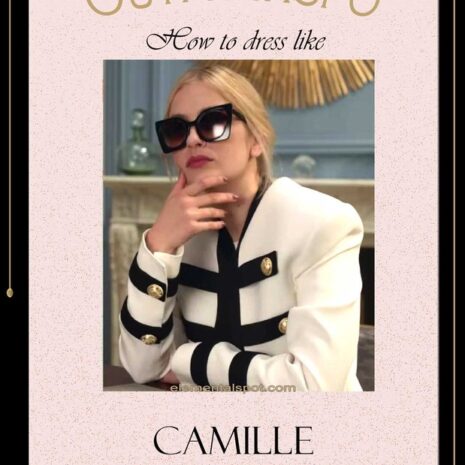 Once again, Emily in Paris (2020-running) is the perfect choice for fashionistas who also like interesting plots and sketchy love interests! The TV show created by Darren Star, the creator of Sex and The City, features young women who are…
GET THE LOOK Steal the Look – Dress Like Camille from Emily in Paris 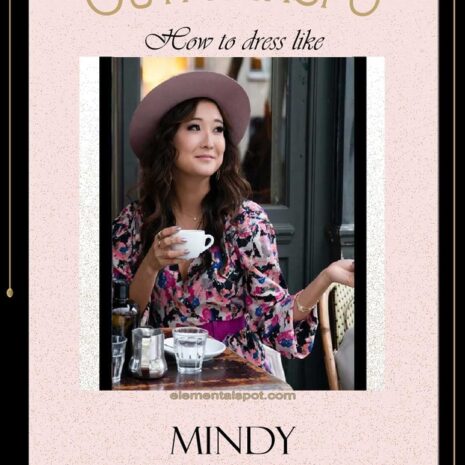 Emily in Paris (2020-running) is a romantic and humorous TV show about Emily Cooper, a young girl in marketing who lands her dream job in Paris. However, it’s not only the plot that keeps us on our toes, but the…
GET THE LOOK Steal the Look – Dress Like Mindy from Emily in Paris 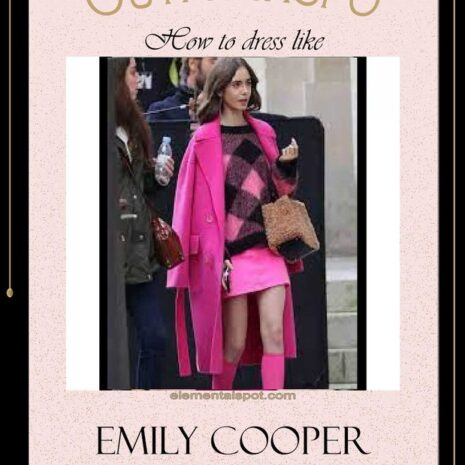 Emily in Paris (2020-running) is a TV show by Darren Star that caught our eye very quickly – how would it not? It’s a fun TV show with some great fashion inspiration. It follows Emily Cooper, a young American girl…
GET THE LOOK Steal the Look – Dress Like Emily Cooper 2 from Emily in Paris 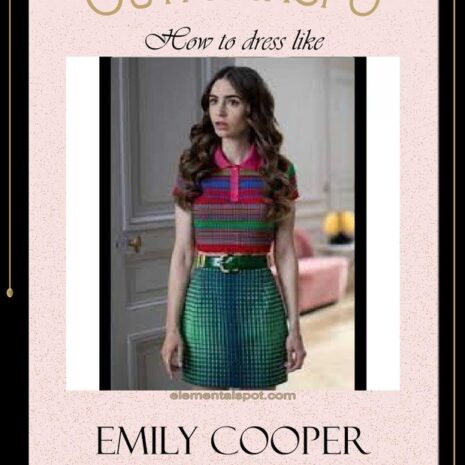 If you’re interested in chic, feminine, and youthful fashion, you’re truly going to adore these Emily in Paris outfits. This romantic comedy (2020-running) is famous for the looks the bold Lily Collins wears while working her way up in the…
GET THE LOOK Steal the Look – Dress Like Emily Cooper from Emily in Paris 3 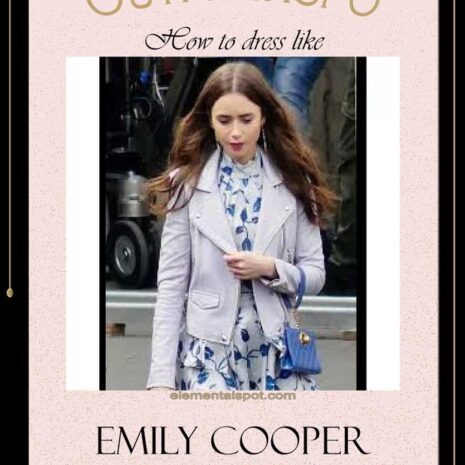 Emily in Paris (2020–running) is one of the most popular TV shows Netflix has ever broadcasted, and not only because of all the inspiring Emily in Paris outfits! Darren Star (yes, the man who made Sex and the City!) put…
GET THE LOOK Steal the Look – Dress Like Emily Cooper from Emily in Paris 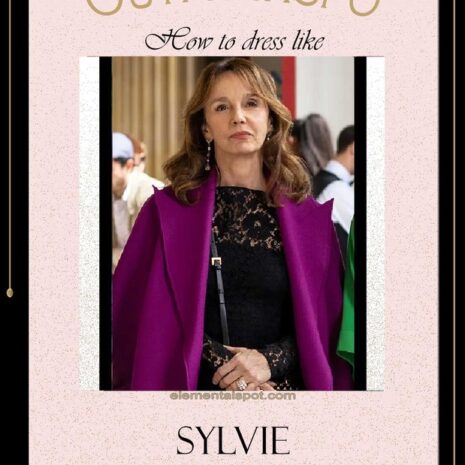 The idea of a strict, yet fashionable female boss is something that has been covered in the media quite often. The Sylvie Emily in Paris fashion situation is no different from the famous one we’ve seen in The Devil Wears…
GET THE LOOK Steal the Look – Dress Like Sylvie from Emily in Paris