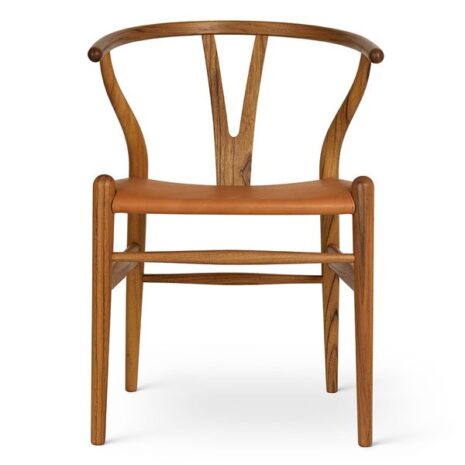 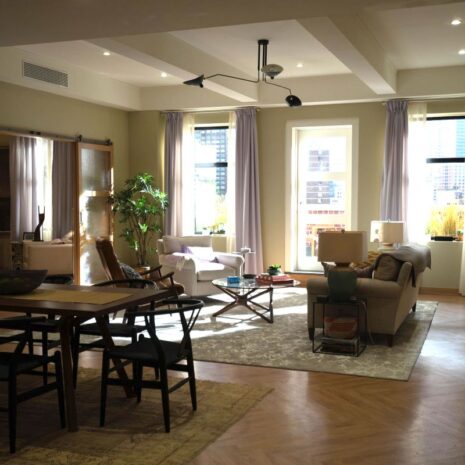 As seen in: The Bridge, Jessica Jones, Normal People

The Wishbone chair created in 1949, might be Hans Wegner’s most recognized design.

120 meters of paper cord, 100 steps and three weeks of production: is how the legendary Wishbone Chair is created. The classic chair was designed in 1949, today is a masterpiece of designer Hans J. Wegner and is considered a prime example of Danish design

The Wishbone Chair is probably one of the most famous pieces of furniture ever. Many claim that it is the most popular chair in the world. Its inventor, architect Hans J. Wegner, is considered Denmark’s most important and outstanding designer of all time and designed a total of over 500 different chair models. One of them is the Wishbone Chair: the Round Chair, often simply called “The Chair”, on which even John F. Kennedy and Richard Nixon took a seat during the presidential debates in 1960.

The Wishbone Chair is the best example of Danish Modern Design: fine craftsmanship, a flair for detail and material, as well as user-orientation and outstanding durability show a stylish negation of elegant looks and ingenious functionality. Wegner’s design is full of imagination, and seems almost poetic and human. The designer, who actually made a carpentry apprenticeship, and was not only the driving force behind Danish Modern, even managed to strongly influence the public in their opinion about furniture positively.
The handmade seat of the chair, which is made of 120 meters of paper cord

The design of the Wishbone Chair

The Wishbone Chair is part of one of Wegner’s first chair series, his China Chairs, for which he drew inspiration from the Ming Dynasty. But what makes this chair so unique? Clearly, the chair’s distinctive wishbone-shaped back and Y-shaped backrest, reminiscent of a divining rod – this design has given the chair recognition since 1949. It has been produced by Carl Hansen & Søn since 1950 and undergoes a three-week journey of manual labor, which was strictly supervised by its creator himself during Wegner’s lifetime, because the critical perfectionist was never satisfied: “The chair does not exist. The perfect chair, that is a task that will never be completely finished!”

To this day, the Wishbone Chair is internationally popular and lives like – yes, you could say, the Princess on the Pea: it makes itself at home in the most beautiful hotels and in stylish restaurants like the Nimb restaurant in Denmark. It is also exhibited in some museums, such as the National Art Center Tokyo.

No wonder there are also tens of replicas of the wishbone chair on the market, and really good ones, too, in the meantime.
The vintage original Wishbone chairs are available through 1stdibs link, single or in a group of four. Just right for your intimate dining area. Made of Oak and paper cord, as seen in the film The Bridge.
The oak Wishbone chair is another version. Made of soaped oak and natural cord, it is quite a comfortable chair and a great example of bentwood furniture
The Wishbone Chair is considered to be the World’s Most Popular Chair. No wonder it was often replicated. . The unique backrest that forms a Y shape would be the most recognizable feature.

On the occasion of the 100th birthday of Hans J. Wegner, Carl Hansen & Søn has prepared a small tribute to the Wishbone Chair and its designer: