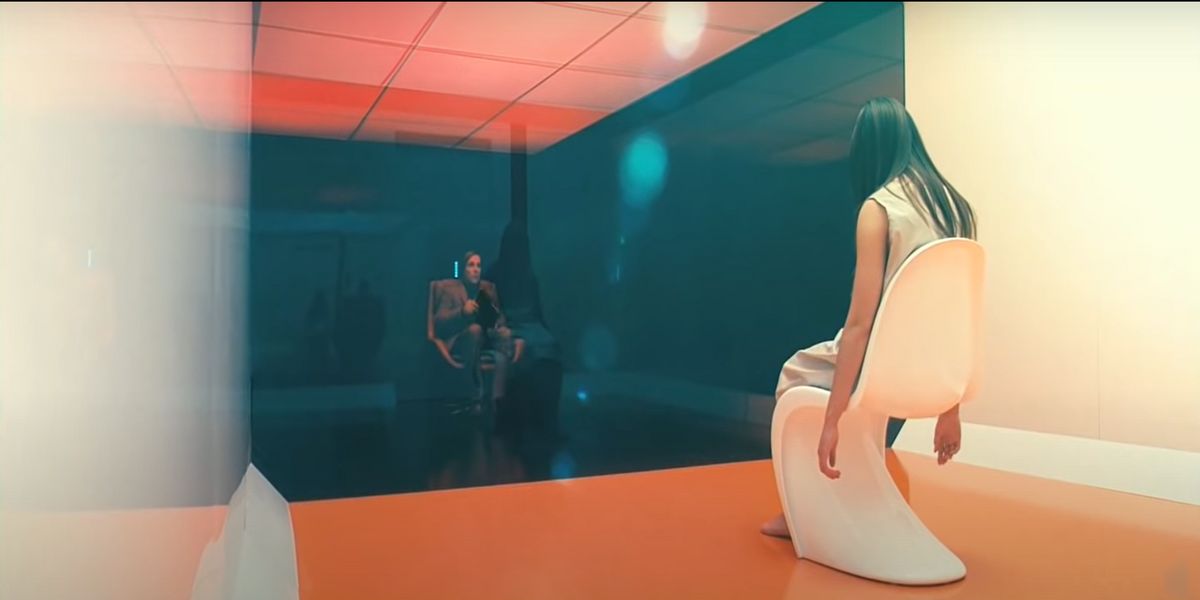 Timelessly beautiful: design classics are pieces of furniture of true elegance.  Design legends have carefully thought out their form and design down to the smallest detail and so created timeless classics. That is why they were not only found in the last century but also in numerous film sets in the first decade of the 2000s.

In this picture is Barbara Novak (Renée Zellweger) in her cheerful New York apartment in 1962, which was directed entirely in the style of the successful 1960s movies. Particularly remarkable furnishings, with their pomp, technical equipment, and size, seem extremely generous even by today’s standards.

The movie is based on the real-life experiences of author Lauren Weisberger, who once worked for the American “Vogue”.

For Poul Henningsen, not only the optics in the foreground; it was much more important to him to create friendly, functional light

EA Office Chair by Ray & Charles Eames in The Holiday (2006)

Amanda Woods (Cameron Diaz) sitting in the famous office chair bay Eames and visiting a home swap website for her “holiday” getaway. The film received mixed reviews and achieved a rating of 47% on Rotten Tomatoes. The conventionally classic Hollywood romantic comedy. Jude Law and Cameron Diaz were nominated for Best Kiss for the MTV Movie Award in 2007.

Eames office chairs are characterized by an ergonomic shape adapted to the human body and the resulting high level of seating comfort.

But it is not only the seating comfort that makes Eames office chairs so desirable. In combination with the top design, this seating furniture is a real feast for the eyes and, especially at the workplace, becomes a representative part of the room that attracts attention.

Before Tom Hansen (Joseph Gordon-Levitt) goes into the office for an interview, he asks her if she would like to go for coffee with him afterward. When he asks her name, she answers Autumn. The hopeless romantic finally finding his other half?

The Bauhaus legend Ludwig Mies van der Rohe designed the Barcelona armchair in 1929 for the German Pavilion at the World Exhibition in Barcelona. The Barcelona Chair is considered a milestone in the history of modern design.

The production of the original “Barcelona” chair, the first style icon among seating furniture, is still very complex and costly today because the welds have to be ground by hand.

The film received predominantly negative reviews and achieved a rating of 29% in Rotten Tomatoes, based on 76 reviews. In terms of aesthetics and action, the film delivers exactly what the trailer promises -it is brutal, hectic, and ingeniously tangled. This installation of Bubble Chairs as Newton’s Cradle Balance Balls is also of unsound mind

No designer stands for Pop and Swinging Sixties like Eero Aarnio. The Finn was one of the first to use plastics in his designs and revolutionized the furniture world.

In 1968 he designed the transparent version of his already famous Ball Chair. Since Aarnio could not find a visually appealing way to integrate a transparent base, he simply hung the Bubble hanging chair.

Whether science fiction movies, agent thrillers, or international fashion magazines – filmmakers and photographers loved both the Bubble and the Ball Chair from day one. They used it to stage their stars.

Panton Chair by Verner Panton in Beyond The Black Rainbow (2010)

The film is a visionary, hallucinatory, nightmarish total work of art, although it is a very obstinate mixture of different genres and is not to everyone’s taste due to its strange and opaque character. But from a purely stylistic point of view, the film is very interesting. The depicted scene with the famous Panton Chair is proof of this.

Verner Panton designed it together with Vitra in 1967. Just like the Bubble Chair, it is also made of one piece of plastic.