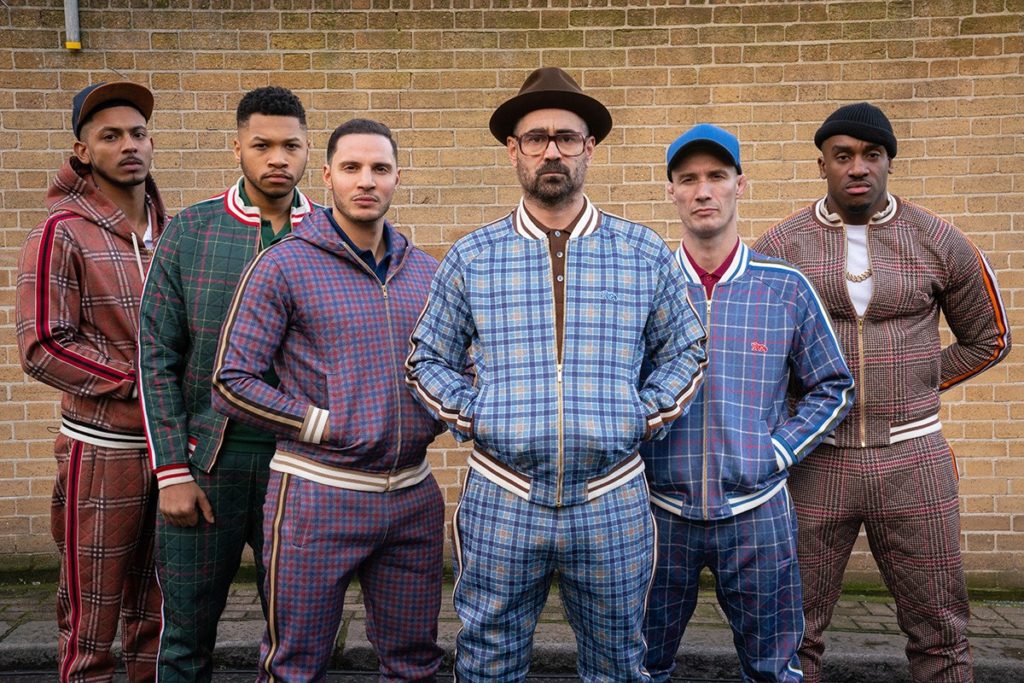 Many have been eyeing the work and career of Guy Ritchie after he made Alladin (2019), the musical. The movie itself wasn’t really a piece of work you’d connect with Ritchie, and many have felt as if it wasn’t really all that remarkable – it just seemed a little out of place. That’s why everyone was delighted to hear that Ritchie is now directing The Gentlemen (2019), an action drama filled with criminals, lavish lifestyles, and, well, plaid tracksuits. 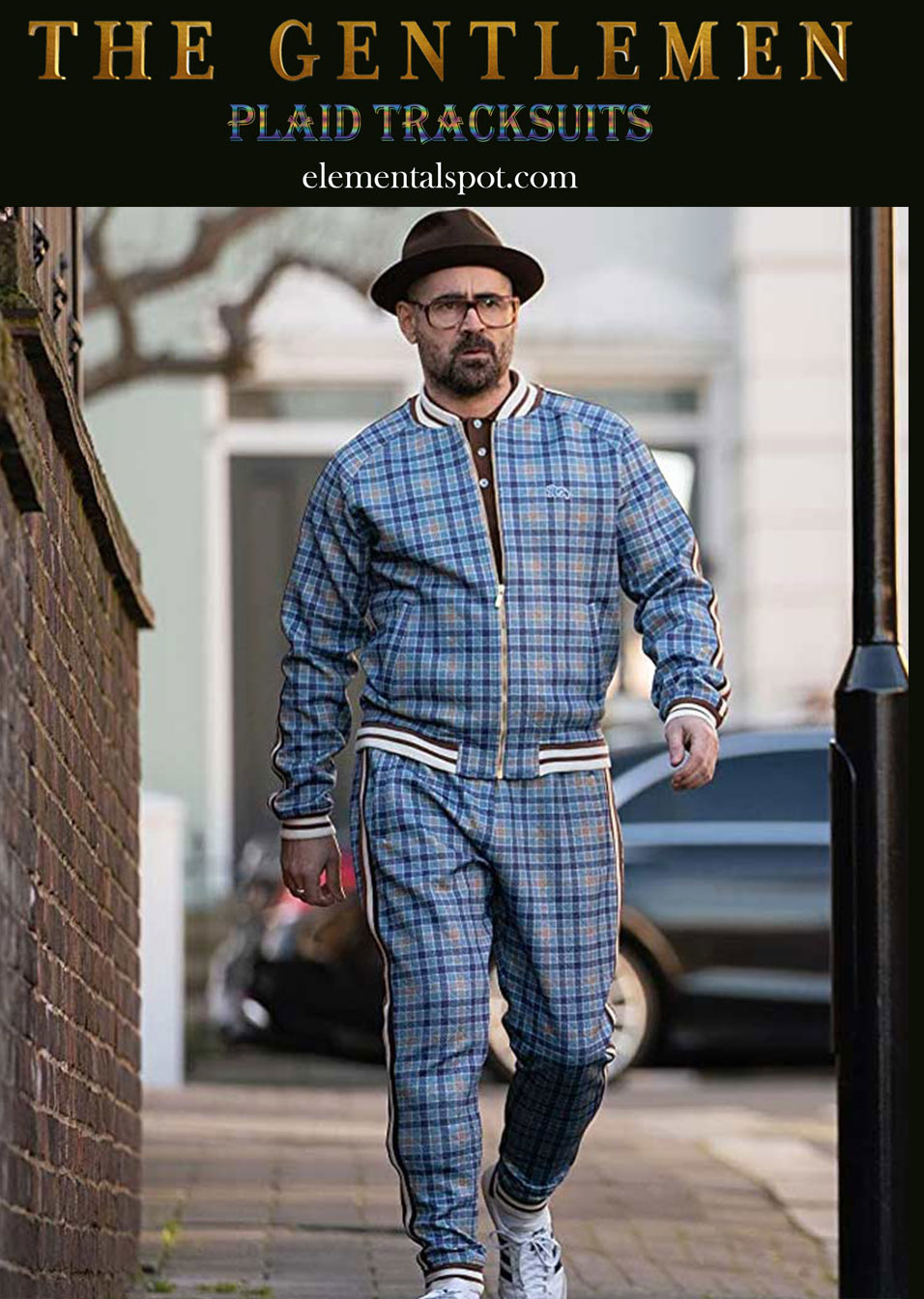 Colin Farrell plays The Coach, one of the minor, but more interesting characters in the movie. Miramax, 2019.

The Gentlemen tracksuits and what makes them interesting

The Coach is, well, a coach – he works in a gym and trains amateur MMA fighters. However, his name is very well known around the block, as he often gets in trouble by fighting young, aspiring rappers in local burger shops. Collin Farrel played a fantastic role here, as he presents the worn-out trainer with a weird sense of humor, and it can’t be easy to steal the spotlight in a gangster movie with a character like that.

The costume designer on set, Michael Wilkinson, went for a really interesting look when it comes to The Coach. The plaid tracksuit, the square-framed gaze, the hats… We think he went for a witty, yet comic look when it comes to styling the trainer, as well as his friends. The fact that they all wear similar outfits represents a pact, although a laughable one, at least when you compare them to The Gentlemen. We simply love the contrast.

Let’s dive further into the world of the hilarious Coach, a man that stole our hearts and made us laugh even though he barely had screen time.

Where do I get the original Gentlemen tracksuits? 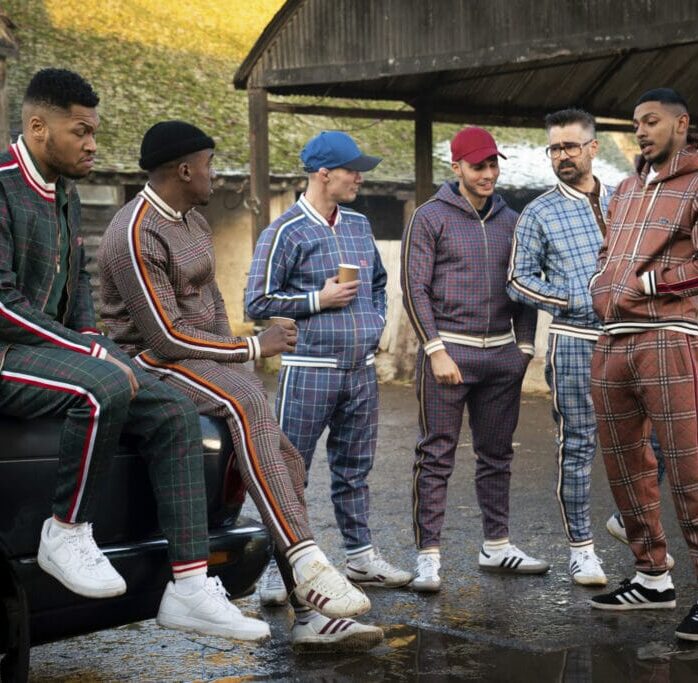 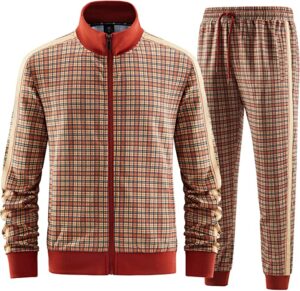 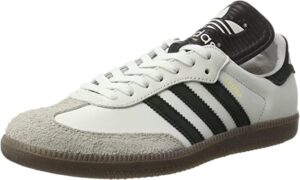 If you’re wondering about whether there is a way to find perfect matches for The Gentlemen tracksuits, we have some really good news for you. If you look closely at the hysterical scenes the boys are featured in, you can notice a little lion on most of the tracksuits – you guessed it, they’re Lonsdale tracksuits.

You can still get most of them on the official website, but let’s be honest… They can get a little costly. That’s why we’re discussing budget options and even female alternatives to the fabulous plaid tracksuits from the movie. Oh, and let’s not forget the Adidas Men’s Samba OG sneakers the Coach pairs with the tracksuits.

BUY IN USA
BUY IN UK/EU

The blue Plaid tracksuit worn by Coach in The Gentlemen 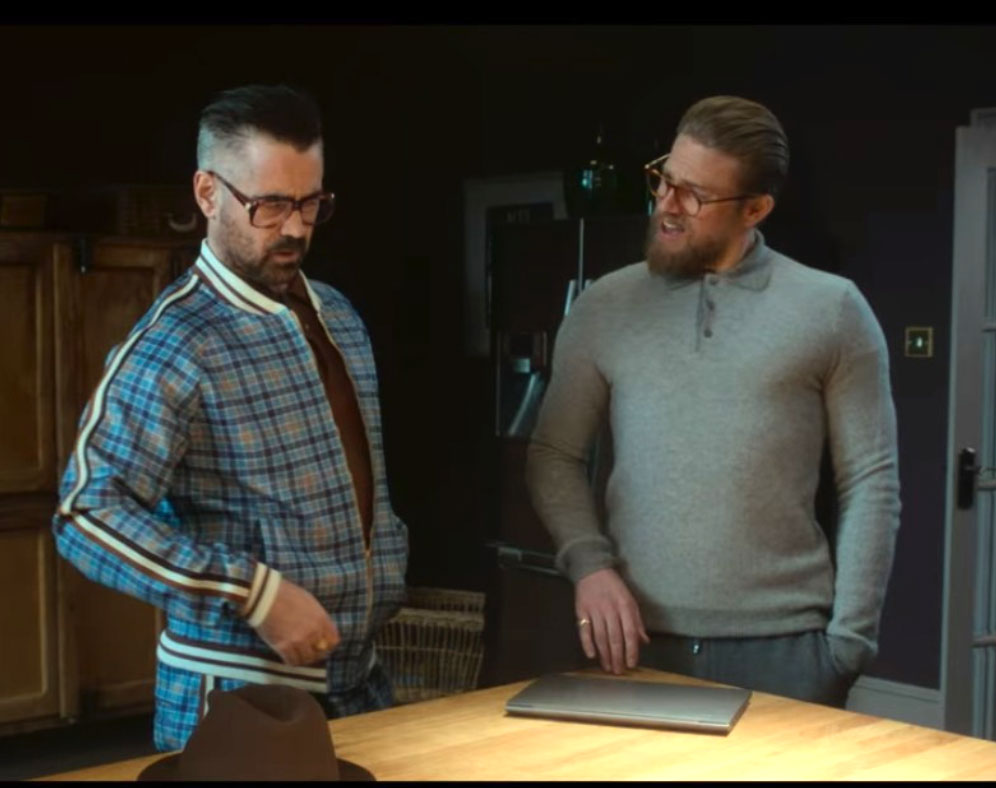 Raymond & Coach. We love the contrast between Charlie Hunnam’s classy style and Colin Farrell’s tracksuit outfit in The Gentlemen. Miramax, 2019.

If you think that plaid doesn’t combine with tracksuits… Well, we used to think that too, but look at how fabulous the combination is! We love the baby blue, but we’re also a fan of the deep blue dupe we’ve found for half the price of the original! You can easily combine these with some Adidas or Nike sneakers, and you’ll be the main character in your own movie – with all of the screen time.

The purple Plaid tracksuit from The Gentlemen 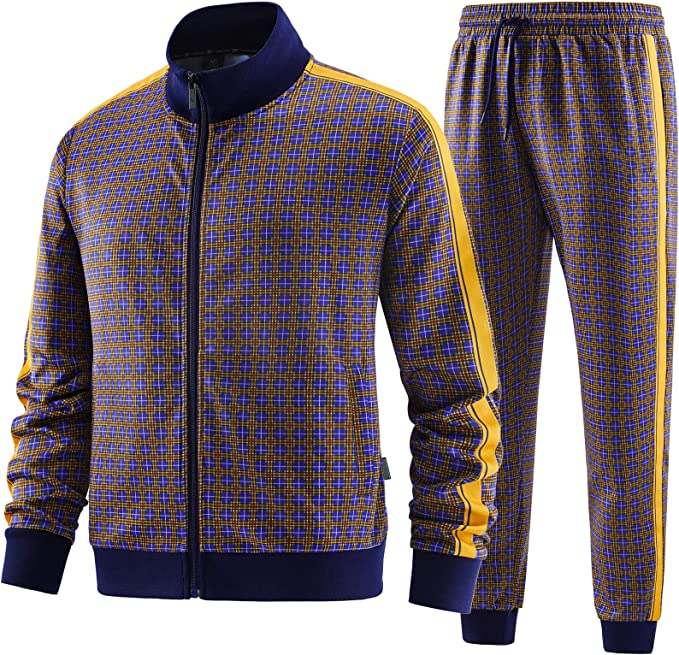 Purple Plaid Tracksuit as seen in The Gentlemen by Guy Richie

The Purple Tracksuit from The Gentlemen, Miramax, 2019.

The Coach has many friends, as we can see, and they all wear tracksuits too. It’s very interesting how such a simple outfit still creates impact – just a simple glance at the men, and we already have a formed opinion on them, their work, and their lives. While many would say they’re only street smart, we believe these are also some really great gentlemen, although not the fancy type.

The Coach’s deep blue tracksuit from The Gentlemen 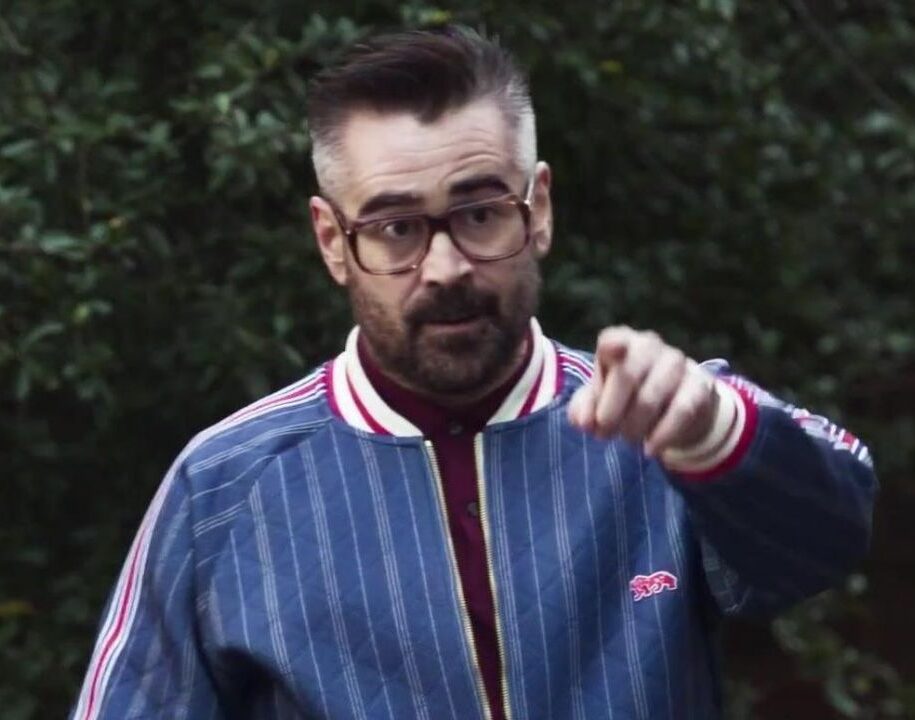 His hair might be looking a bit silver these days, but he’s got some golden jokes. Miramax, 2019.

Although many focus only on the baby blue tracksuit, we simply loved the deep blue one. It seems a bit more mature, and it’s one of the rare non-plaid choices. It is, well, semi-plaid. You might want to keep an eye on the offer we’ve placed below because they might restock this piece on Asos soon. If you want a tracksuit, but you’re not fully ready for the plaid, we would go with this model.

The green tracksuit from The Gentlemen 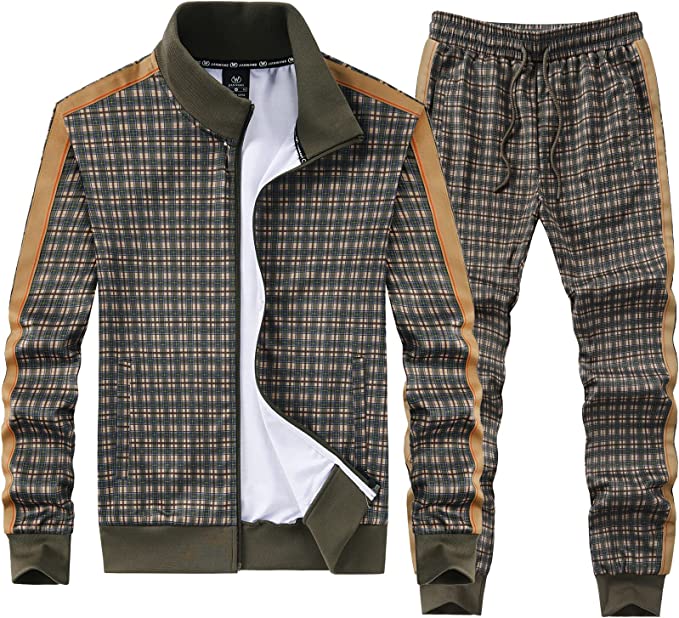 Green Plaid Tracksuit as seen in The Gentlemen by Guy Richie

With a tracksuit like this, you must have a matching attitude. We bet that’s a lesson The Coach teaches as well. Miramax, 2019.

Let’s not forget the slightly colder tones! A matching two-piece tracksuit is a must-have for those who are into running, but also for those who want to look like people run away from them. Jokes aside, if you want to be like one of Coach’s boys, wearing plaid is a must. It’s almost like they have a secret pact. 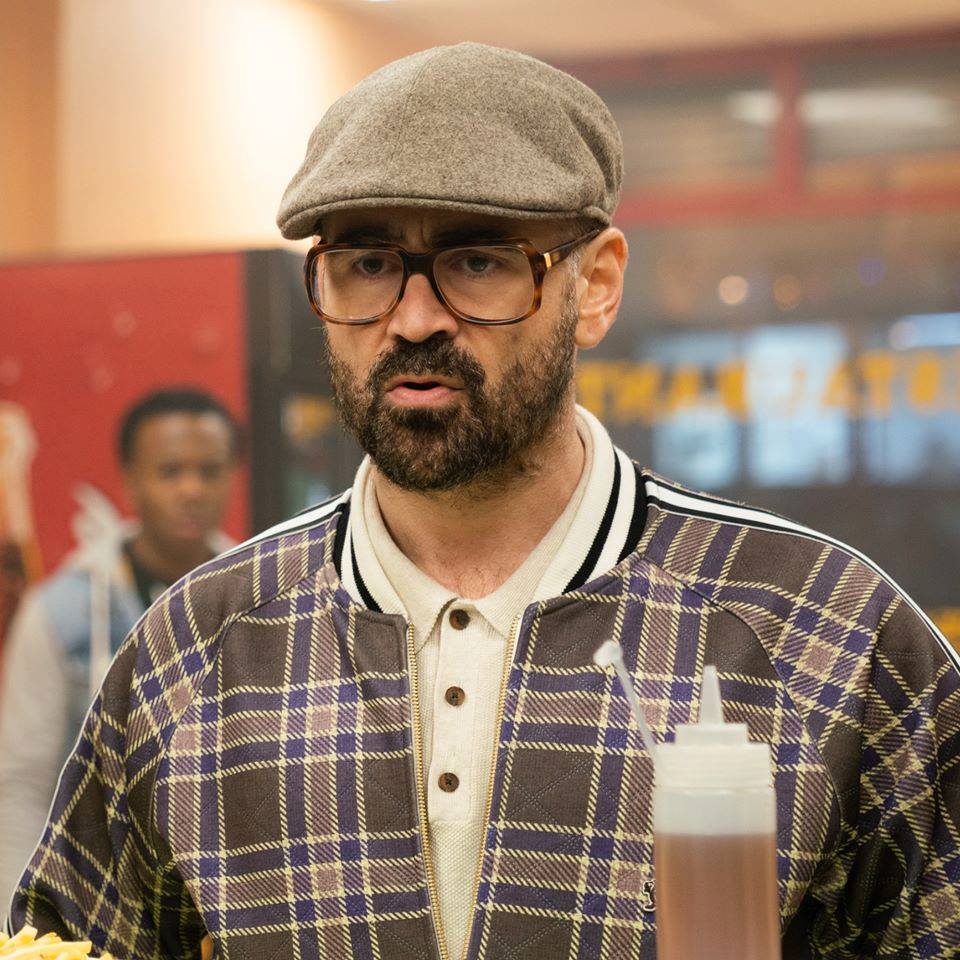 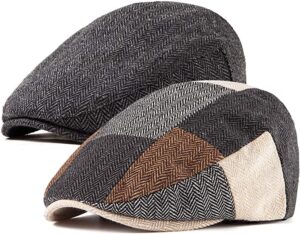 The opening scene for The Coach is quite descriptive. He is in a burger shop and still manages to throw around some wise thoughts to young boys. Miramax, 2019.

Although sneakers are often considered to be the most important accessory a tracksuit owner can have, we’re sure that you have noticed the fabulous hats that Collin Farrel got to wear on the set. You can get a beret like the one The Coach wears, but the brown hat that you can see in the first photo also works pretty well.

If you’re interested in who the Coach is, we definitely advise you to watch this clip, and then the movie. His opening scene is simply too good to be watched only once! Pay attention to his style, too. Do you also feel like the plaid tracksuit fits him like a glove?