You know a movie is worth watching when R.L. Stine writes it; take Fear Street, for example. The film features a bunch of girls who battle an evil spirit that has haunted their town for centuries, sounds like a good storyline, doesn’t it? But what’s even better than the novelist’s horror series is when the actors give style inspiration.

So, without further ado, let’s discuss the trendiest Fear Street outfits and clothes!

You can assume just by watching Sadie Sink, aka Ziggy Berman, in Part Two of the famous Fear Street trilogy that the fashion game is strong. But how strong, exactly? Let’s find out! 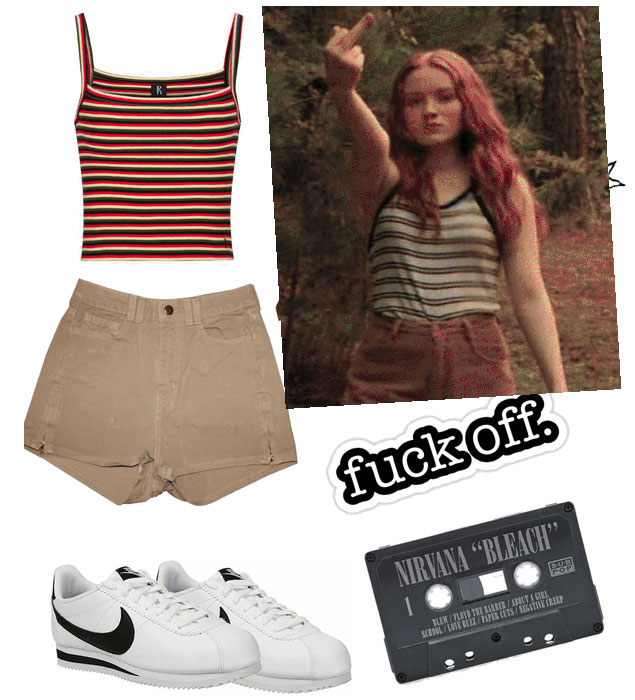 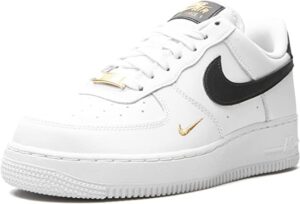 Ziggy Berman is one of the lead characters in Netflix’s horror trilogy. The character has a sporty vibe; she is strong, independent, and fearless and has all the qualities one demands from a female lead.

You can see the character in tank tops and shorts, sporting sneakers, and her body language tells that she is not hesitant to kill anyone who dares to say ‘hello’ to her.

Well, good for her because this camp misfit will have to carry the same fearless attitude and outfit when fighting evil mystical spirits that have terrorized local townsfolk for decades. 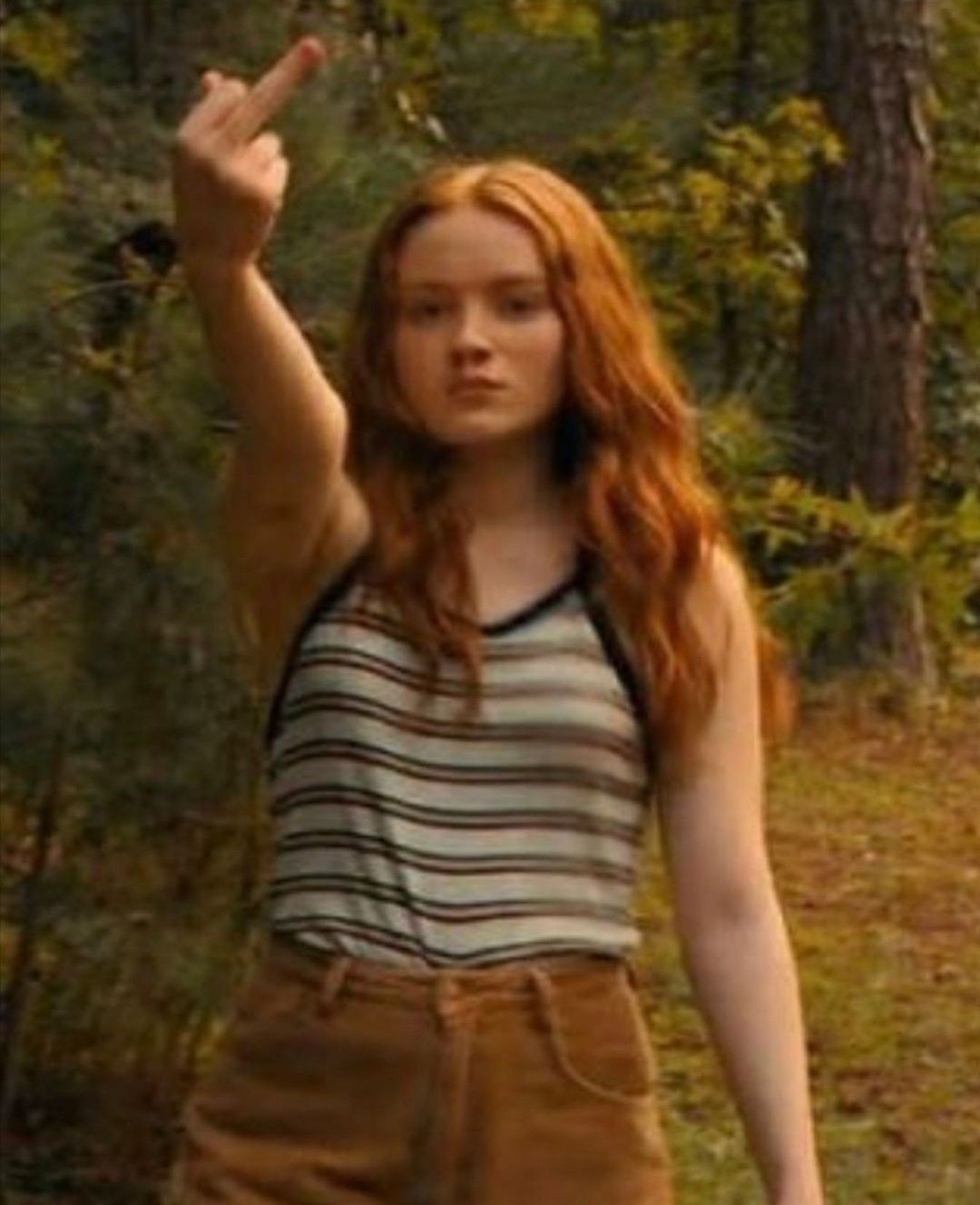 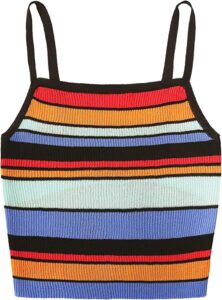 First up, we have the famous Ziggy Berman shirt. This sleeveless top is the perfect article of clothing one could bring to a campsite. Stripes were never out of fashion, but Ziggy has made us realize that we need to own everyday wear items with stripes! 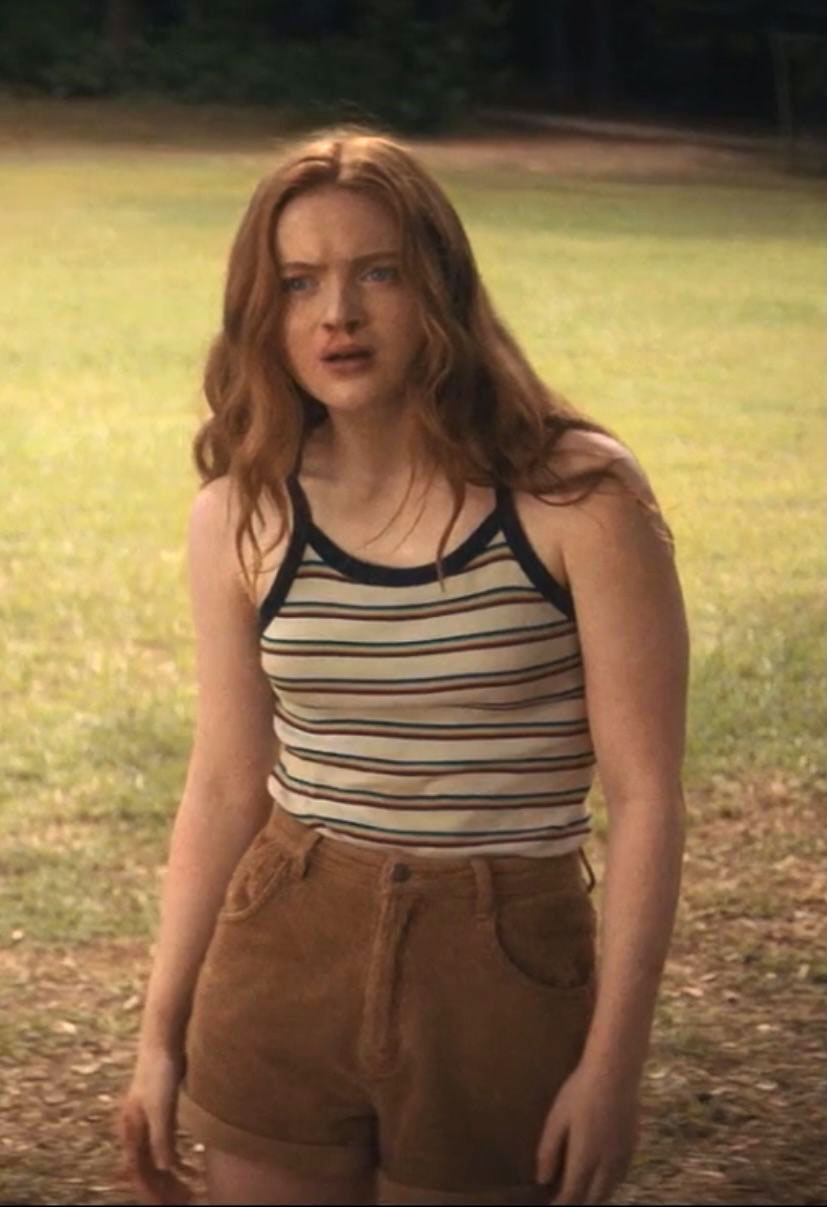 You know a costume designer isn’t fooling around when they do proper research on the fashion items popular in the movie’s setting. Vibrant cord shorts have been a staple for campers like our Ziggy. With their wide front pockets and stretchy waistband, these cord pants are all set to become your go-to outfit for running summertime errands. 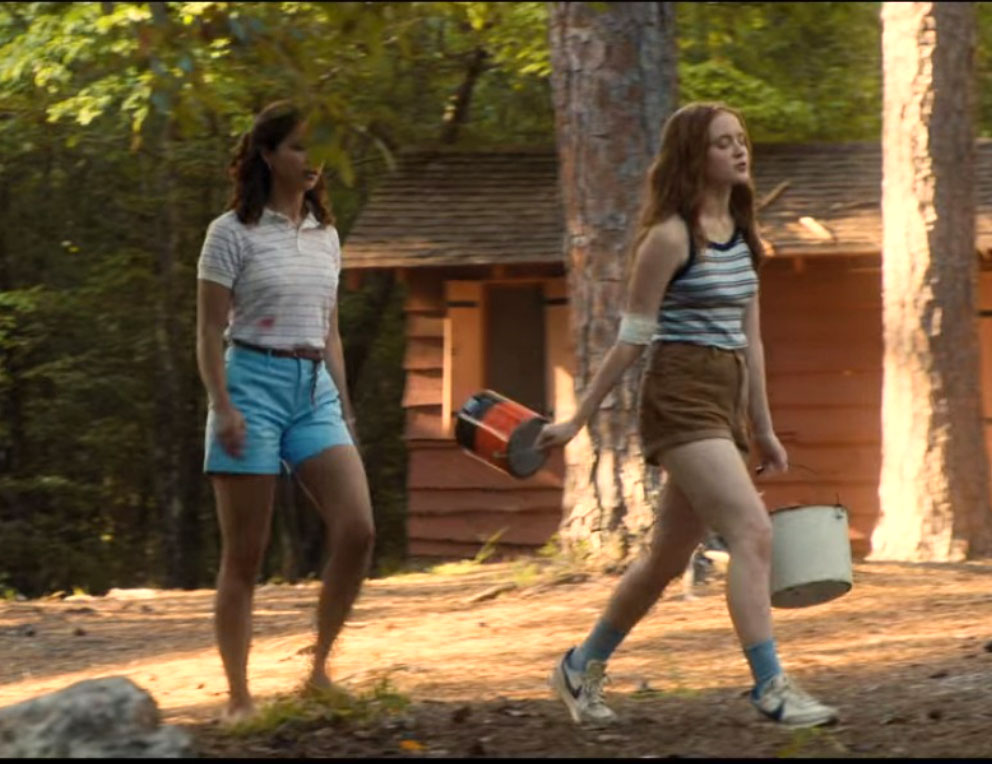 The only shoes you will need this season; Fear Street 1978, Netflix

Ziggy’s shoes have a separate fanbase when it comes to Fear Street costumes. In fact, you can’t complete a discussion on the Ziggy Berman outfit without mentioning her shoes. We have found a similar article from Nike that goes by the name Air Force 1’07. While Ziggy’s are white, you can get your Nike shoes in any colour you like. A quick tip: wear socks the same colour as your shirt as Ziggy does in the movie for a pulled-together look. 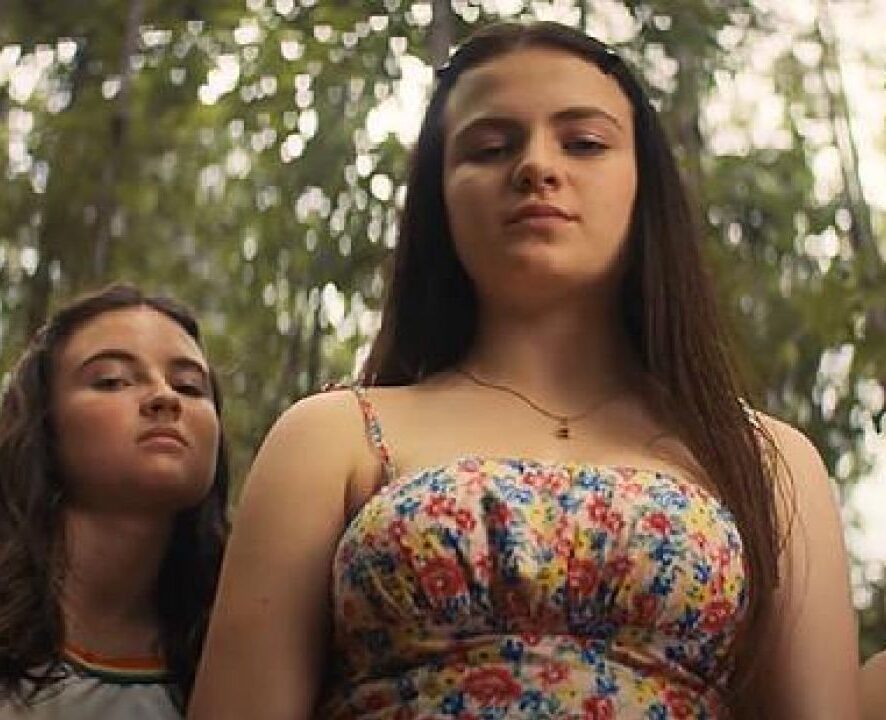 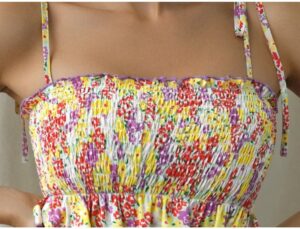 Who says antagonists can’t have good style? Although she had a brief screen time and was a negative character who made Ziggy’s life a worse hell in camp, you can’t deny that Sheila had a good sense of style.

Sheila wears a floral top with navy blue jeans and a cute necklace for most of her part in Fear Street. We have found a similar tank top to what the character wears, so you can take the research part off your to-do list for recreating Sheila’s Fear Street outfit. 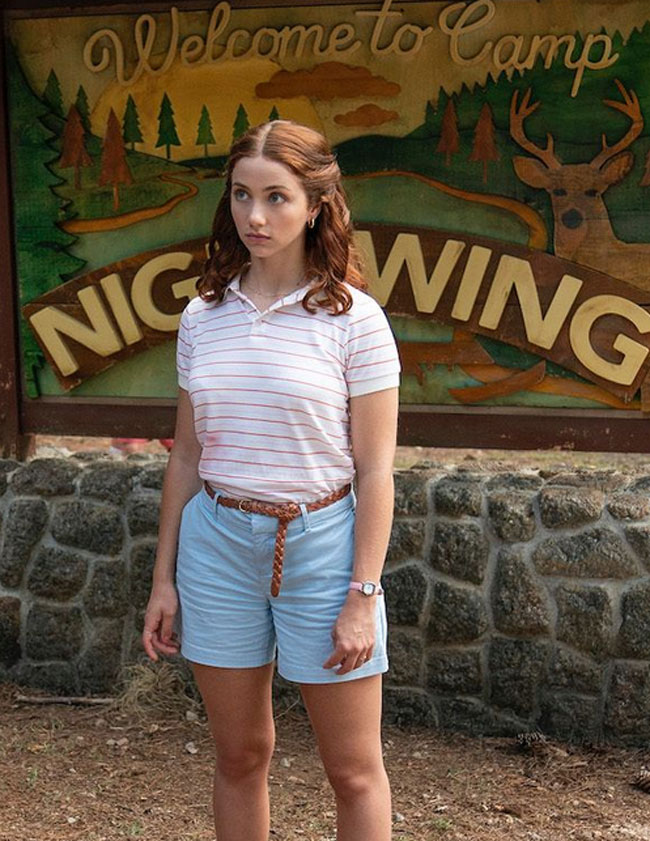 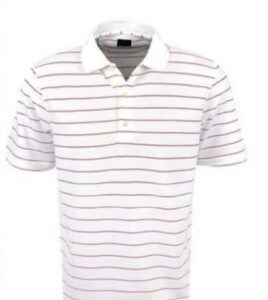 In every family with two daughters, there is one super-organized child and then an outwardly tomboy-ish, emotional child. You wouldn’t have difficulty telling which is which in the Berman family! Although Cindy Berman wears a similar outfit to her younger sister Ziggy (you can spot identical cord shorts and striped shirt), hers is more pulled together – maybe it’s because of the statement belt?

Costume designers generally have a higher pressure to match the character’s outfits with their vibes in sequels. One thing you can say for sure after watching Fear Street 1994 is that costume designer Amanda Ford understood her assignment! 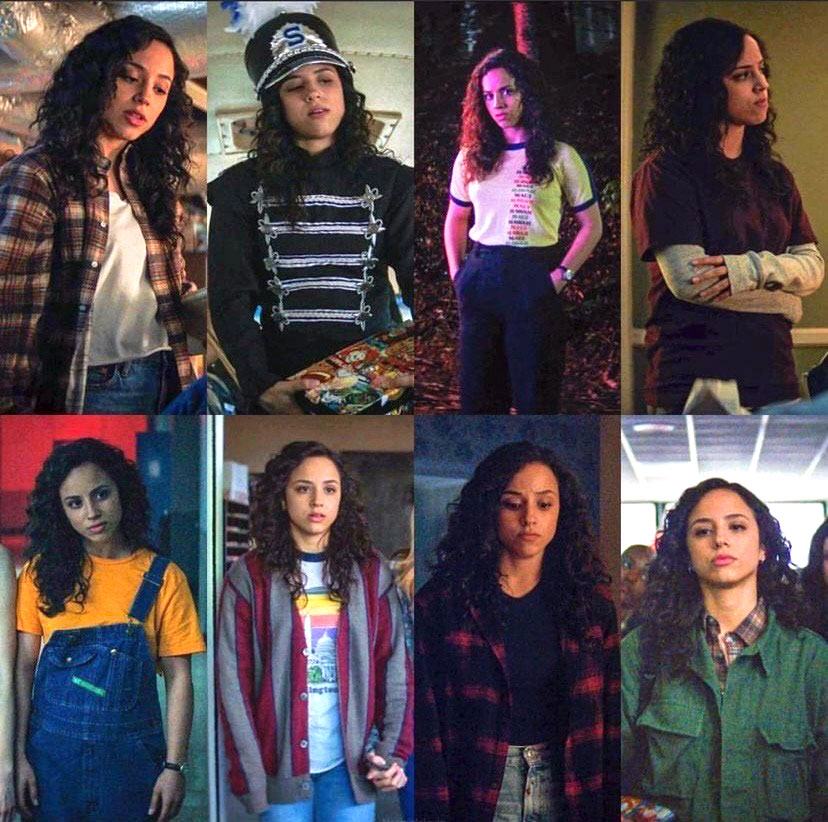 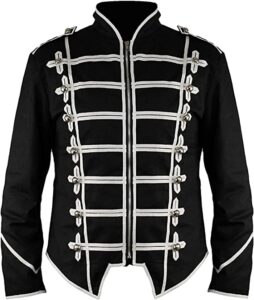 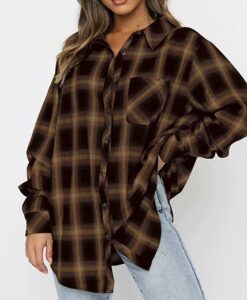 It’s high time we talk about another protagonist’s Fear Street outfits. Take one look at Deena Johnson’s Fear Street outfits, and you will get an accurate depiction of her complicated childhood. We are happy she doesn’t lose her fashion sense under her gloomy and bitter nature. T-shirts, jackets, dungarees – you name it, Deena has worn them! 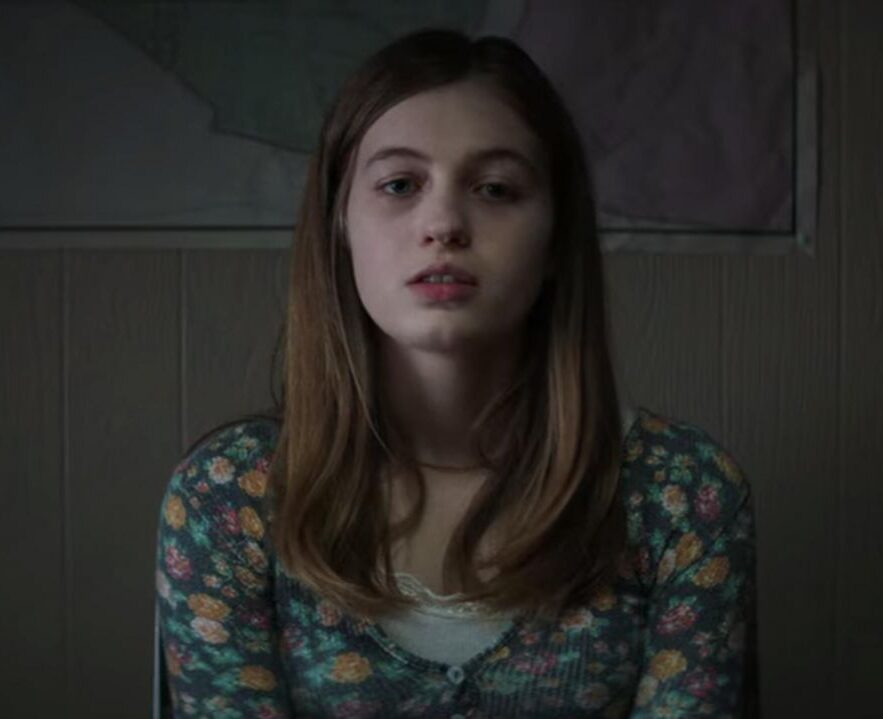 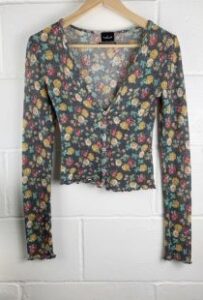 Samantha has an excellent dress sense for a person possessed by the witch. But we have got to mention her floral top. Luckily, we have spotted an exact match at Urban Outfitters for you to recreate Sam’s Fear Street look. Simon Kalivoda wearing the only thing missing from your wardrobe; Fear Street 1994, Netflix

Now that we have discussed the powerful female cast, it is only fair that we preview the clothing of the make Fear Street protagonist. Simon Kalivoda not only provides comic relief in the movie but also serves some major style inspiration through his Fear Street outfits. His red zip-hip hoodie, for example, is a real crowd pleaser!

Now that we are unveiling the not-so secrets behind the Fear Street costumes, it is time for you to recreate these trendy Fear Street outfits before anyone else does!